Thun Man Handiya is the only film directed by Mahagama Sekera, one of the most eclectic talents who strode the Sri Lankan art establishment from the early 60s through to the mid 70s. Poet, painter, illustrator, broadcaster, lyric writer, and one who wrote the libretto for many Sinhala operas, Mahagama Sekera also wrote the novel Thun Man Handiya. It is autobiographical and written in a terse economical and unemotional style, almost reminiscent of Hemingway. Sekera draws deeply from his experience of village life, and never has the movie camera before or after, gone as close as in Thun Man Handiya to the inner essence of Sinhala village life. The lives of the characters are marvelously captured in close up by Sumitta Amarasinghe’s polished photography. 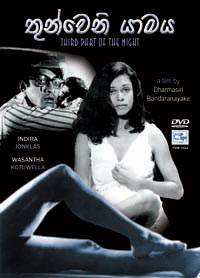 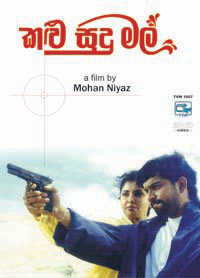