The story unfolds in a small village in Anuradhapura, Where Sandamali (Duleeka Marapana) is a music teacher in the village school. Her sister Amali (Nayana Kumari) is living a poor life with a man her family did not approve of. The compassionate Sandamali brings Amali and her husband Shelton (Mahendra Perera) to her home, and puts them in charge of the family business. Meanwhile, as she and her students are retuning to the village after an official outing one day, the bus that they were travelling in faces some engine trouble and the resulting series of unfortunate events causes her to lose her sight. To appease his guilty conscience the bus driver does all he can to help her. However Sandamali’s new handicap makes life very difficult, as she undergoes the neglect of her sister and the sexual advances of her brother-in-law. She is ultimately forced to marry the bus driver and move into his house. She soon bears a child, but her troubles continue when her husband is kidnapped and killed by terrorists who enter the village. She comes back to live with Amali and Shelton who take a great liking to her daughter, and thereby try to seperate the baby from her mother. Find out how Sandamali chooses to deal with her unending sea of hardships, in this enthralling cinematic drama. 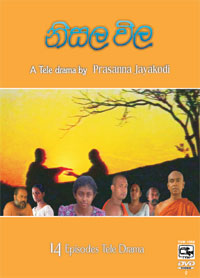 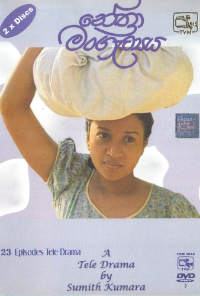