Home / Movies / Dorakadamaarawa
View cart “Bahu Barya” has been added to your cart.

This film begins with the death of a newlywed couple Priyantha and Subashini, in a car crash. Priyantha comes from a middle class family with an average income. Employed at the harbour after university education, he maintains his elderly parents and grown up unmarried sisters. Subashini, a mercantile employee, is the youngest daughter of a traditional conservative family whose fortunes had begun to decline. The clash of different class interests represented by each protagonist, becomes evident in their budding love. Adverse social reactions to their affair were expressed in unfounded slanders, gossip and insinuations, acting as a hindrance to their sense of understanding. Moreover, incompatibilities, both emotional and cultural, rocked their nest of love. However, the two managed to steer away from all constraints that threatened them. The two were finally joined together in marriage, while those who hated them made a show of doing so.

On the day of the home coming, when all the relatives and friends had departed to different destinations, their destiny overtook the young couple. At dawn the following day, the two were found dead on the spot in a motor car accident. Both friends and foes were intrigued by the manner of their death, which led to many speculations. Was it the result of suicide, homicide, or an accident? 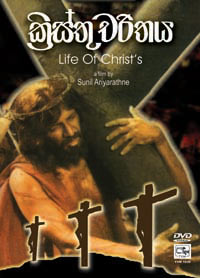