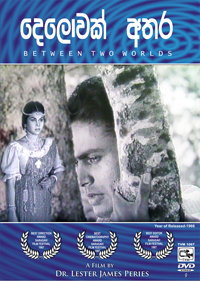 At the onset of the film, Nissanka (Tony Ranasinghe) is engaged to marry Shiranee (Jeevarani Kurukulasuriya), a woman of the same social class.

Nissanka decides to go to a club and asks Shiranee who politely declines. He thus goes alone and meets an old friend Chitra (Suwineetha Abeysekera). They rekindle their friendship and Nissanka offers a ride home. Chitra agrees and they set off only to accidentally hit and kill a pedestrian. The two now have a large secret as they flee the scene.

Nissanka’s family subsequently attempts to cover up the murder. Chitra is faced with a moral dilemma but doesn’t give Nissanka up the police. She