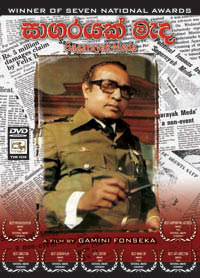 The cost of living sky rocketed. The government introduced an income ceiling. Private practice for doctors was abolished. It was the fate of Dr.Moladanda to live with a struggle he did not create. Yet he believed in justice, fair play and impartiality although he became a victim of the circumstances. The cost of freedom is always high, but we in Sri Lanka have always paid it. Dr.Moladanda was one who made his contributions trying to build a country of peace, where the weak are safe and the strong are just. This film is dedicated to all who fought for the cause and lost their lives and for the few who were lucky enough to escape with their lives.